In honor of Black History Month, Cambia held a leadership and diversity panel with CEO Mark Ganz and Cambia board members Mack Hogans and Paula Jones. The event featured candid discussion on how we can create a diverse workforce that reflects the diversity of the people we serve, as well as a strong call to action to build inclusive communities.

The three panelists each shared personal examples of how relationships, mentorship and respect for one another make us a better company and better people. 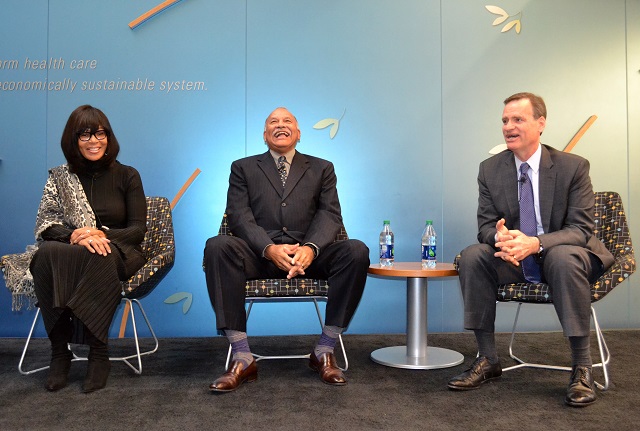 Building relationships is essential to accomplishing something greater than you can achieve on your own. These relationships allow for greater diversity of thoughts, perspectives and ideas that ultimately lead to innovation.

Paula described a networking lesson learned earlier in her career, saying, “I thought of relationships as being political, as brownnosing. I didn’t think of them as networks. It’s as important to let people share in your success as it is to share in your failures.”

Mark also shared an important reminder about working together. “We sometimes forget that an organization is nothing more than a human organism,” said Mark. “It’s alive and dynamic.”

Mentorship and Setting an Example 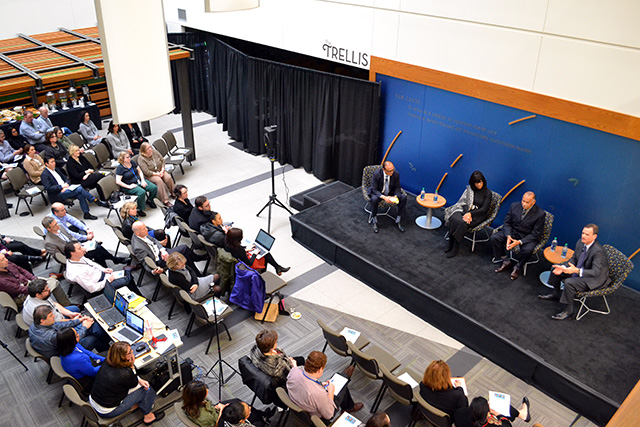 Almost every successful person has had a mentor or an example to follow. In discussing their personal leadership journeys, Mack and Mark each discussed where they look for inspiration.

"In every job, I've found a mentor…Most had one requirement: that I be successful,” said Mack. “They would help open doors for me, but once the door was open they expected me to be successful beyond that point. Go up to someone who is really outstanding and ask them to be your mentor. You never know how much you influence people."

Mark shared how Mack and Paula have been an example for him in his experience working with the board. “The power that each of you has is the power within yourself—to do the interior work of making your soul stronger in service to others, learning how to be a better person, and setting an example. Paula and Mack have been beacons for me of people who have done the internal work and shown the power of example.” 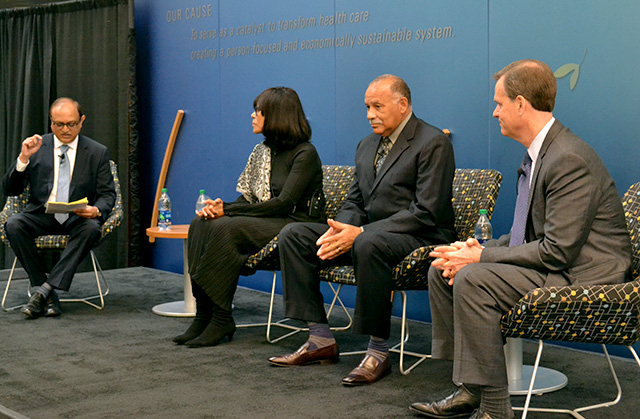 Respect is what makes us a better company, a better country, and a better world. Both Mack and Paula discussed why respect and inclusivity are key to helping us create a better community where everyone is accepted.

Mack described what it was like to be one of the first African Americans in the forest industry. “To be first at anything can have both opportunities and it can have consequences…It can be lonely being the first. There were times where I would sit down in the cafeteria and no one would come over. If I see anyone sitting alone, I go sit by them and ask to join them. Just pushing those boundaries is important.”

Learn more about the Cambia board, our board’s focus on consumers or our commitment to diversity.