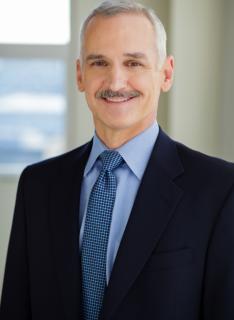 Steve is responsible for providing leadership and strategic direction for the actuarial, underwriting and healthcare informatics areas of Cambia.

He joined Regence in 2004 as chief actuarial officer, and was named Appointed Actuary for seven Regence entities in 2010. Before joining Regence, Steve was assistant vice president for actuarial and underwriting in the Group division of Safeco Life & Investments; he also led underwriting for Lincoln Re Risk Management Services.

Steve is active in the community, having served on the board of Special Olympics Oregon and as board president for Meals on Wheels People as well as several other leadership activities for that group.

He has a bachelor's degree in pure mathematics and a master’s in applied mathematics, both from the University of Michigan. He is a member of the American Academy of Actuaries as well as a fellow of the Society of Actuaries and has authored numerous articles for that organization.